If you have been interviewed by the police and released under investigation, you may be confused about what this means, as well as being concerned about what happens next. Instructing our expert team can immediately put you in a better position moving forward and we can take immediate action to get the best results.

What does it mean to be 'Released Under Investigation'?

If the police have taken you in for an interview because they suspect you have committed an offence, they may release you under investigation for a lengthy period after the initial interview. This allows the police to continue their investigations and decide whether to charge you with an offence or send the file to the Crown Prosecution Service for a charging decision. As you are not held in custody, you are able to return home but you are still a suspect, the police may request you to return to the station for more questioning as well as seize any personal information or belongings that may help their investigations.

Is this the same as being released on bail?

The Policing and Crime Act 2017 now means the police can release you on police bail for 28 days, after which they must apply for an extension to a Superintendent to extend to 3 months and a Magistrates Court for any further extension. However, they can now also release you under investigation which removes all the restrictions that the previous bail release required - however, there is no time limit for how long you can be released under investigation. Some people have been released under investigation for months, or even years without any progress on whether they will be charged or released.

What happens when I have been released under investigation?

You will be allowed to return home, return to your employment and you are not required to meet any conditions that you may have been had you been released on Bail, such as a curfew or reporting to the police station. You will receive guidance on what it means to be released under investigation, as well as receiving information on why you should not interact with anyone in any way linked to the investigation. Failure to do this may see you charged with attempting to pervert the course of justice or the serious office of witness intimidation - depending on the situation.

You are still able to travel internationally, even when under investigation, however you may not be able to receive any communications informing you of your release or summons to appear at court, so we recommend we are contacted on your behalf whilst you are away.

I was represented by another solicitor during my interview, can I change solicitors?

Yes. If you were represented by a solicitor from another firm or the duty solicitor, or if you did not even have any representation at all, you can instruct Monan Gozzett to be pro-active and represent you on a private basis.

If you have been released under investigation or bailed, contact our Client Service Team to discuss your options, the process and for confidential advice. Call us immediately on 0207 936 6329 or email info@monangozzett.com to take positive steps and speak to expert pre-charge lawyers. 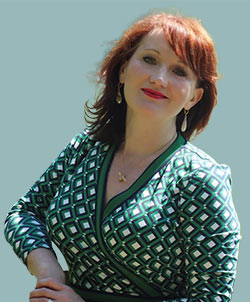