Due to the advent of the internet and social media, the courts have introduced several different categories when sentencing defendants in relation to the offences of being in possession of, making or producing indecent images.

Under the Protection of Children Act 1978 and Criminal Justice Act 1988, an offence is committed if a person takes, shares, makes or possesses indecent images of a child under 18.

The term ‘making indecent images’ can be misleading. It is a broad term which includes:

Sentencing for making and/or possession of indecent image offences can depend significantly on the crime's severity.

For example, the least serious offences (Category C) are usually dealt with by way of a community order.

Those of a more severe nature (from Category A) are typically dealt with by custodial sentences, ranging from a number of weeks to a starting point of six years imprisonment.

What Are Your Next Steps If Charged With Indecent Images Offences?

An allegation like this is incredibly serious, and ensuring you have been charged correctly is a critical first step.

Police will need to analyse your electronic devices (anything from hard drives, mobile phones, computers, laptops, etc.) and categorise the seriousness of any indecent images found. This is a part of the investigation process and is used to try and find any other information that can be useful to the investigation.

If an allegation is made against you, it is vital to seek expert legal guidance as soon as possible.

Many sexual offence defences can be looked at for various accusations, including indecent images.

Some mitigating features we may be able to assist with include:

Monan Gozzett has a dedicated team of lawyers that can help defend clients against indecent image offences. We also work with independent, trusted experts who can forensically examine electronic devices to ensure the images the police say they have found have been found and that they have been categorised correctly. This type of expert investigation can prove extremely important in a case involving indecent images and could make the difference between the court considering the imposition of a custodial sentence or not.

We vigorously defend clients at trial and advise them throughout the appeal process if they are already convicted at the time of our instruction. We appreciate the need to handle each case sensitively and with discretion, ensuring that you and your family are supported throughout each stage of the process.

Contact our sexual offence defence team today if you are facing allegations about the making, possession or distribution of indent images.

We can advise on the best course of action to take as soon as an allegation has been made and arrange for police station attendance and pre-charge representation.

What should I do if I get arrested or charged with indecent image offences?

There is no doubt that if you or a close friend or family member has been arrested or charged in connection with indecent image offences, you will be stressed and worried about what happens next.

We would recommend engaging the services of experienced indecent image lawyers as soon as possible. Engaging them at an early stage will allow them to protect your interests and liaise with the police on your behalf. They can also advise how best to deal with your case and the steps you can take to mitigate your circumstances.

Can the police search my home?

It is common for home searches to be conducted as part of an indecent images investigation, although police will need a search warrant before they can carry one out.
Once granted, they can seize electrical devices like tablets, phones and computers. They might also request access to email and social media accounts.

Could I go to prison for indecent image offences?

If you are found guilty of indecent image offences, it is possible you could be sent to prison.

The court will look at each case on an individual basis.

The punishment for the crime can depend on many aggravating and mitigating factors, including:

What does 'released under investigation' mean?

Being ‘released under investigation’ means that you have been released from police custody without charge, but the matter you were arrested for is still under investigation. You won't have any bail conditions nor a date to attend the police station. However, you may still be charged with an offence.

How long can I be 'released under investigation' for?

There is no time limit for being under investigation by the police. It only officially ends once you receive a notice of no further action or are notified that you will be charged with an offence. 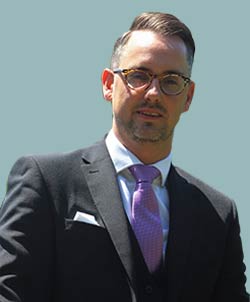 Neal Gozzett is a Senior Partner at Monan Gozzett and is also a Higher Court Advocate. Neal has over 17 years experience in criminal law and specialises in serious complex litigation.